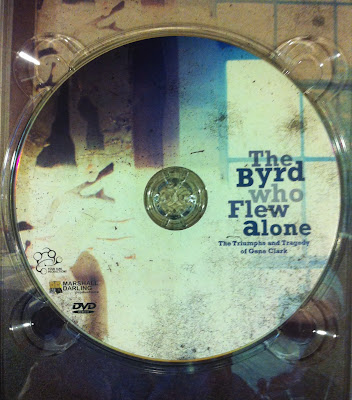 I've had a lot of people ask me how they can order a copy of the wonderful new documentary, The Byrd Who Flew Alone | The Triumphs and Tragedy of Gene Clark.

The DVD is not available through Amazon,
or any other online seller.
It is available exclusively
through Four Suns Productions for £14.00 plus postage.
Posted by The Clarkophile at 21:22 2 comments: 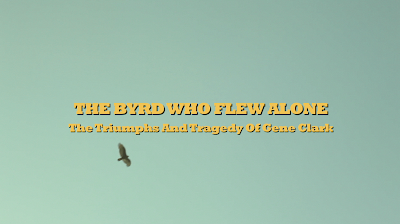 Ordering information: DVD can be ordered directly through Four Suns Productions for £14.00 + postage.

Twenty-five years ago, I could not mention the name Gene Clark in a barroom music discussion without eliciting the response "Gene who?" That question, usually asked in sarcastic, condescending tones, used to irk me to the point of incredulousness. Indeed, so frustrated was I by my drinking buddies' gleeful ignorance that I was often rendered speechless.  Like many folks, whose argumentative skill diminishes in times of stress, it was not until later that evening -- well after it was too late, their laughter still echoing in my brain -- that I could summon the eloquent, cutting comeback. As I'm sure I've mentioned somewhere in the back pages of this blog, those experiences set in motion a personal crusade of sorts, the ultimate manifestation of which became, in 2008, this blog.

I've been waiting well over 25 years for something like The Byrd Who Flew Alone, so to expect from me anything even resembling objective criticism is asking much. But here goes.

As all of Gene's fans are keenly aware, there is no known extant footage of Gene from the immediate post-Byrds period (early 1966) up until his brief tenure as one-third of McGuinn, Clark & Hillman in 1979.  This is a significant chunk of time to cover without aid of any visuals of the principal subject, apart from stills.  To compound matters, this was arguably Gene's most productive period as an artist.  To have no access to music videos, television performances, concert footage or filmed interviews of the documentary's subject (interview segments are audio-only during this discrete period) must have been a daunting reality for the filmmakers, and presumably part of the reason why no one had attempted such a an undertaking prior to Paul Kendall's labour of love, made in collaboration with his sons Jack and Dan.

Yes, it's unfortunate that there is so little footage of Gene, but that much was known going in. The Kendalls chose a subject whose post-Byrds video legacy is only slightly more substantial than someone like Nick Drake, so in that sense we're lucky that so many key individuals are still available to speak about Gene, including the surviving original ex-Byrds, ex-wife Carlie, sister Bonnie, brother David, sons Kelly and Kai, Carla Olson -- even David Jackson from Dillard and Clark.

There is nice use of Gene's music throughout the documentary (especially 'Something's Wrong' which was used to evoke the childhood years). This is the first time that one of Gene's early compositions, 'Blue Ribbons', has been heard outside the hallowed inner circle. I wish we could have heard more of that, as it was astonishing to hear Gene's young voice. Indeed, it would have been nice if the song had been included in its entirety as part of the special features.

What I'd read beforehand led me to believe David Crosby stole the film, but to perfectly frank, he appeared tired; a little slow-moving. Roger McGuinn, still looking remarkably chipper and alert, was predictably aloof, and Chris Hillman seemed genuinely eager to speak about Clark's talent. I came away from it liking Hillman very much. David Crosby won my eternal respect and admiration for taking full responsibility for the failure of Byrds, the 1973 reunion album that was, apart from Gene's contributions, one of the finest examples of anticlimax in rock history.

Byrds biographer Johnny Rogan spoke to Gene's songwriting.  His comments were eloquently stated, and went beyond the usual "Hillbilly Shakespeare" explanations of Gene's unusual gifts. I wish there had been greater allowance for discussion of the music, but lacking the visuals I can see how it was made difficult. A late-period video of Gene singing 'Silver Raven' was a genuine heart-stopping surprise, notwithstanding the damage to Gene's voice. In those few moments the film -- on the wings of that tiny bit of footage -- positively soared. But it also underscored the fact that more of Gene would have accomplished so much more than any number of talking heads. But, to be fair to the Kendalls, you can't slag the doc for not including what does not appear to exist.

I do have, however, a couple of (very minor & geeky) quibbles about things that do exist that were passed over. Apart from the Gene Clark with the Gosdin Brothers album, of course, there was nothing whatsoever on the post-Byrds/pre-D&C music, like the legendary Gene Clark Sings for You acetate. There were no interviews with the Gene Clark Group members, Chip Douglas, Bill Rinehart and Joel Larson (all of whom are alive; I've spoken to each of them); nothing of the vast amounts of unreleased work; nothing about the clutch of late-period masterpieces like 'My Marie' and 'Your Fire Burning.' This would have been a perfect time to highlight some of this stuff, but I guess it would have been of limited interest to most people.

In the end, one must give kudos to Paul Kendall for not only undertaking this challenge in the first place, but for bringing it to fruition with such bravery, passion and grace. The Byrd Who Flew Alone is not only an extraordinary accomplishment, it is a soulful, fitting testament to Gene Clark's enduring brilliance.

Oh, and my belated comeback to those guys who used to ask me "Gene who?"  Here is your answer. 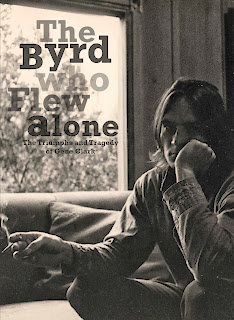 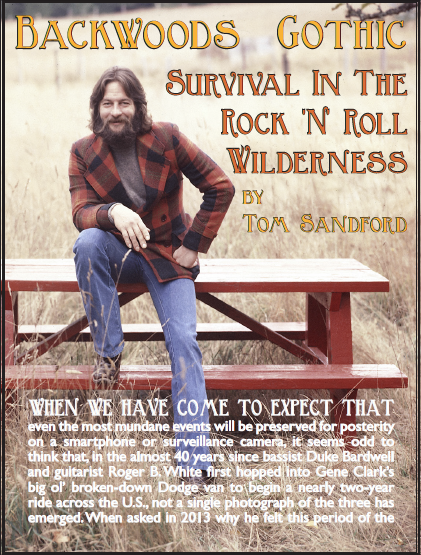