Skip to main content
Labels
Posted by The Clarkophile March 06, 2012

Romance & Ceromancy: 'If I Hang Around' Part 2 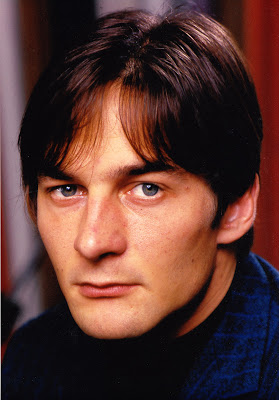 And some day you're gonna think about it some more
You're gonna toss your head and remember what loving is for.

And some day you're gonna think about it some more
You're gonna toss your head and remember what loving is for.

Some day you're gonna think about it some more
You're gonna toss your head and remember what loving is for.

If one of the envisioned outcomes of Gene Clark’s tactical retreat from the limelight of The Byrds was a simpler, less complicated life, then his decision in mid 1966 to embark upon an illicit affair with Michelle Phillips of the Mamas & the Papas effectively scuppered any such plans.

That Gene suffered some kind of life-changing psychological event in the aftermath of his split from the Byrds is patently obvious.  Knowing what we know today about the soul-eviscerating effects of clinical depression and post-traumatic stress disorder (PTSD), the best place for Gene in early 1966 was, without question, a mental facility.

But instead he went to the next best place.

“When he would talk,” Chip Douglas told me in 2010, “the words wouldn’t flow out like they would on paper… in those songs.”

Following his failure to get on that plane to New York – and its repercussions both immediate and long-term – Gene followed his instincts: he returned home to see his family in early 1966.*  Perhaps if he had stayed for a longer period of time he might have rebuilt his decimated psyche, but he made the fateful decision to return to L.A. and form the Gene Clark Group.**

But this premature return to the music scene was doomed from the get-go, insofar as Roger McGuinn or David Crosby were no longer hangin' around to interpret and arrange Gene’s material.  Artistically, anyway, Gene was now cast adrift on his own.  As the star, it was solely up to him, not Bill, Joel or Chip, to dictate the artistic direction of the band.  He was now in an unfamiliar waters: without the luxury of reliance upon the singing/arranging axis of Crosby and McGuinn (who were themselves partial, if completely oblivious, catalysts in Gene's breakdown) Gene was now forced to not only formulate, but fully articulate and execute, his ideas.  Thus, there existed an unbridgeable gulf between the sounds he heard in his head and his ability to communicate these same ideas to Chip, Joel and Bill.
“When he would talk,” Chip Douglas told me in 2010, “the words wouldn’t flow out like they would on paper… in those songs.”

And it was during this time that Gene met Michelle through their mutual friend, Cyrus Faryar, of the Modern Folk Quartet, and the two embarked upon their brief romance. For Gene, battered and vulnerable, still in the throes of his post-Byrds meltdown, the timing could not have been worse.  Oh, the idyllic notion of Gene and Michelle speeding through Laurel Canyon in the summer of 1966 in Steve McQueen’s old Ferrari seems like the quintessential rock fantasy, for sure.  And yet, the reality appears to have been something much darker for Gene.

Reportedly wracked with guilt and shame over the relationship, Gene saw Michelle in secret (indeed, there are no published photographs of the couple together).  Whatever comforts he doubtless found with Michelle were just as powerfully counteracted by the festering conflict within him, exacerbated by his fragile psychological state.

The relationship was doomed from the get-go, and yet Gene saw it through, conflicted all the while, and waited for Michelle to end it – which she did, following his controversial appearance at a Mamas and the Papas gig that June.

“Fourteen or fifteen things…”
After the abrupt dissolution of the Gene Clark Group in 1966, Chip Douglas joined the Turtles, then left  to produce the Monkees, only to later return to the Turtles’ fold as producer.  With him, he brought ‘You Showed Me,’ the Clark-McGuinn song from the Preflyte/World Pacific days.  ‘You Showed Me’ was one of “14 or 15 things” included on a demo tape, featuring solo performances by Gene Clark.
“It was given to me by Eddie Tickner,” says Chip of the tape. “I think it is Gene’s original tape from his four-track.”
Also included on the tape -- and subsequently released on the Byrd Parts 2 compilation in 2003 (with Chip’s bass and backing vocals overdubbed in 1997) -- is the doom-laden, introspective ‘If I Hang Around.’

‘If I Hang Around’ oozes suspicion, guilt, mistrust, disillusionment, paranoia, self-doubt and indecisiveness.  In short, it captures Gene’s emotional instability at his darkest hour.

He was all of 21 years old at the time he wrote it.

What Am I Doing Hangin’ Round?
The title of the song is infused with more significance than its pedestrian, rather informal, tone would initially suggest.  Like the best of Gene’s lyrics, the extrapolation of one pivotal word acts as a crucial, game-changing qualifier.  Just as ‘I’ll Feel a Whole Lot Better’ had its “probably”, here we have the word “If”.  And from this simple two-letter word springs myriad answers, each of which harbours its own ramifications.  Significantly -- perhaps even typically for Gene -- none of the envisioned outcomes promises anything more than continued misery.  Yes, the asking of questions stacked upon other questions promises innumerable outcomes, but what's the point if despair is the only certainty in any road taken?

The term  “If I Hang Around” might be reflective of the narrator’s inner torment, as if he were asking himself the question: “If I go through with this…”  This idea is compounded by the appearance of yet another question in the same line: “Should I sympathize?”  In terms of the relationship with the woman in the song, the narrator is clearly fraught with self-doubt, along with a paralyzing inability to make decisions.

The first line of the song (“Your hair hangs down, covers your eyes”) suggests a certain amount of insecurity on the narrator’s part.  Is the woman’s head hung low out of a sadness requiring sympathy (“Should I sympathize?”).  Or does the possibility exist that she knows the affair is merely a short-term diversion, a product of capricious lust, and deliberately averts her eyes to spare her own conscience?  This insecurity leads him to ask once again, “Should I sympathize?” – only this time the meaning is quite different: he’s wondering (Aloud? Or to himself? It is unclear) whether he should bother to involve himself in someone else’s troubles at all.
The second verse further chronicles the woman’s changeable nature.  One moment she surrenders to her passions, but just as quickly extricates herself from the situation (presumably a reference to her unexplained cycle of entrance/departure from the narrator’s bedroom).
This repetitive process of sexual surrender/detachment irks him.  Clearly he feels he’s being manipulated, and so he considers fomenting his own retreat in a bid to turn the tables and make her feel insecure: “Should I make you think I would leave?”

Paraffin pastel printings
Nascent New Age notions of astrology, tarot card readings and the like certainly found favour among the Hippie counter-culture; certainly candle wax readings would have fit right into this mentality.  Now picture the couple going for one of these readings, at her behest.  The distain for the fortune-telling “paraffin pastel printings” is as palpable as his frustration with her unflinching belief in their accuracy.  Her naïve insistence in believing in the random wax droppings leaves him wondering if this is her way of laying the foundation for their eventual breakup with a view towards absolving herself (“Should I find future to leave?”).

Musically, this song could have fit in nicely on either Younger Than Yesterday or With the Gosdin Brothers. Even as an unadorned acoustic demo, the song’s potential is palpable.  Imagine Crosby’s ethereal harmonies floating atop Gene’s solemn lead, McGuinn’s softly plucked Rickenbacker, and some tender harpsichord.

Even without these elements, a sense of gloom permeates the music.  A clandestine relationship requires forethought, secretiveness, shadows, drawn curtains and alibis.  Clark, who suffered from acute claustrophobia, captures the essence of a forbidden love that is relegated to hidden rooms.  The intensity of the narrator’s desire for his lover is matched only by the suffocating requirements of the relationship.
And yet, as the final verse tells us, he chastises her for leaving their love nest for the light of day (“Super-insensitive reaching out for the sun”).  It is a typical Clarkian quandary: the place that brings most happiness is a place of darkness and isolation from the outside world.

Gene’s fondness for incisive alliterative description appears again in the brilliant line, “Perceptive protection perceiving no wrong is meant done.”  Here he suggests an awareness of his lover's preconceived exit strategy as a convenient means of absolving ("perceptive protection") herself from the responsibility of having hurt anyone as a result of her actions.
In effect, she has granted herself absolution and left her hapless lover holding the bag.
In a final, desperate plea to salvage a hopeless situation, the narrator wonders if offering his troth might somehow forestall the inevitable (“If I hang around, should I say you’re the only one?”).  But by putting it in the form of a question, it appears even he remains unconvinced of what he’s saying.  He’s asked yet another question instead of proffering anything resembling a convincing statement.

The two-line chorus seems to be little more than an empty kiss-off, an impotent threat, which, in effect, says, “I’m going to haunt you.  You’re going to remember these days and regret having ended it”:

“Someday you’re gonna think about it some more
You’re gonna toss your head and remember what loving is for.”

But the “it” of the chorus might just as easily refer to their passionate moments of intimacy.  She will of course move on to other lovers, but at some future time, when alone in private thoughts of sexual reminiscence, she will think of him and lament the loss of their relationship, notwithstanding the dubious prophecies written in candle wax.

And so while I made the earlier assertion that ‘If I Hang Around’ reveals its author as suspicious, guilty, mistrustful, disillusioned, paranoid and indecisive, he somehow evinces remarkable insight in the intricate workings of their relationship without having answered any one of his questions.

‘If I Hang Around’ is further evidence that while Gene was burdened with the debilitating effects of his still-fresh despair following his departure from the Byrds, he could always turn to his music and poetry as a means of explaining the mysterious complexities of romantic relationships with remarkable lucidity and intense passion.

*There is something incredibly moving about this act of retreat.  I suggest you re-read the quote from Rick Clark in the Einarson book about this period, as he explains it with the knowledge only a brother could possess.


**The Gene Clark Group was, like the Sings for You demos, the musical embodiment of Gene’s indecisiveness during this period: He had no concrete vision for the band,
nor was he able to express what he wanted from Chip, Joel and Bill.

Indigo Mariana said…
It amazes me to think that he was what, only 22 years old when all this was happening? I'm sure at that tender age being raised Catholic and having all of that ingrained into your being (like it or not) it wasn't easy to be sneaking around with a married woman. It's a beautiful song. Too bad the rest of the Byrds couldn't take Gene's vocal and add new music to it to finish it up properly (like the Beatles did with John's Real Love). Now wouldn't that be something?
7 April 2015 at 03:36