Dark night of the White Knight’s soul: 'Dark of My Moon' Part 2

For a man who made a career out of writing poignant songs of romantic loss, it is interesting to note the extent to which Gene’s lyrics – from the chivalric juvenilia of ‘She Has a Way’ in 1965 to the cri de coeur of ‘Your Fire Burning’ in 1990 – avoided the kind of bitterness and recrimination one often sees in songs of love gone wrong (e.g. ‘Dylan’s ‘Idiot Wind’; Alanis Morrissette’s ‘You Oughta Know’; or Hüsker Dü’s ‘Never Talking to You Again’). More often than not, the voice of loss that found expression in Gene Clark’s oeuvre did not target the woman who spurned him, it looked inward for answers to the question that inevitably arises out of such circumstances: What the fuck just happened?

When immediate answers to that question were not forthcoming, Clark’s muse sometimes led him towards the path of hopefulness (‘Think I’m Gonna Feel Better’) in which he bids a regretful farewell to the woman who rejected him, but actually summons the courage to wish her well:

More often than not, however, the despair of romantic loss propelled the narrator – and the listener – headlong into the darkest recesses of the human psyche. 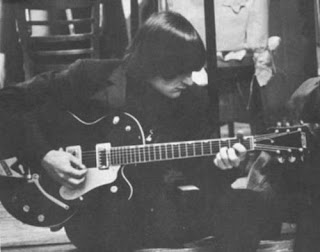 Gene often wrote from the perspective of an idealistic, sensitive youth attempting to make sense of a woman’s rejection after having followed the chivalric code of honour to the letter (e.g. “I was really good to her”; “I did all the things that I should”). Those lines from ‘She Has a Way’ epitomize the narrative tone of Clark’s early material.  Indeed the entire song encapsulates Gene’s courtly-love-infused mindset in his lyrical approach to romance.  Accordingly, for the purposes of comparing Clark’s early material with ‘Dark of My Moon’, we’ll use it as a point of reference.

In these early songs like ‘She Has a Way,’ Clark often adopted the role of the eager but passive supplicant, who waits impatiently (but waits nonetheless), and is always faithful, dutiful, courteous and gentlemanly. And he is always amenable to a reunion:

I didn’t think that I would wait for her very long,
But I didn’t realize my love for her was so strong.

Now, as we all know, love is under no obligation to make sense, nor is it obliged to yield unto the wishes of even the most honourable knight in the court.  It is this reality that makes the narrator’s quest for reasonable answers to the mysteries and vicissitudes of romance all the more poignant (incidentally, this tragic irony is apparent in virtually every one of Gene’s songs of romantic loss).  Clark must have known this, yet he consistently used the spurned  “I” in his songs as a proxy who sought an explanation for the inexplicable. Whether this was a conscious use of dramatic irony is debatable.  He may have genuinely wanted answers to these questions that he voiced in song.

Although he suspects his beloved of being chronically promiscuous (“She has a way about her/That makes her run around”), and feels he’s been chewed up, spat out and made to look the fool (“The way she took me all apart/And made me the laugh of the town”), the song ends with the chorus and its gentle speculation about the chances of her settling down someday.  For the listener, it’s unclear whether the narrator is wondering if she’ll settle down with him, or whether he's questioning her capability of settling with anyone. For the Clarkian hero, however, this question is unimportant; he simply accepts his fate, is duly saddened by it, but does not wish any ill upon her.

Fast-forward approximately 25 years to ‘Dark of My Moon’ and one finds that apart from the adult trappings of its subject matter (thoroughly dysfunctional co-dependent relationship), the narrator’s reaction to events is largely consistent with that of the early Clark efforts – with some notable exceptions.

First, let’s look at the similarities vis-à-vis the structure of the song (which, incidentally, begins – by accident – in media res: apparently Gene was so anxious to get the song on his four-track that he forgot to wait for the leader to pass at the beginning of the tape).  The first 43 seconds sounds like it could have been written circa early 1965.  Imagine Michael Clarke’s clunky-but-cute drumming and McGuinn’s Rickenbacker playing alongside Gene here.  Granted, it’s tough to do because of Gene’s ghostly, echo-laden voice, sooty from cigarettes.  But listen to the melody in those first 43 seconds.  Played at a faster tempo, in a more upbeat tone and you’ve got something along the lines of ‘I’ll Feel a Whole Lot Better.’ Even the lyrics sound somewhat familiar: 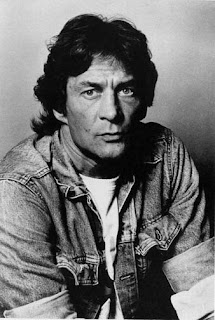 In ‘She Has a Way, the elusive woman has a tendency to “run around”; here she is “on the run again.” The former phrase connotes unfaithfulness; the latter accuses her of fleeing from the relationship, or possibly even engaging in something illegal.

The use of the word “again” is a qualifier that gives us our first clue about the dysfunctional nature of the relationship.  Clearly this isn’t the first incident of flight and return.  As we shall see, however, it may be the last.

In any event, the first 43 seconds of the song constitute a kind of introduction to the piece, much like the opening section of ‘Pledge to You.’  In both cases the intros are sung once, and never repeated (This is an interesting quirk found in Gene’s later work that I often wish he had more time to explore in the context of polished studio recordings).  At this stage the mood is wistful but not entirely hopeless.

It is at the 0:44, however, when both singer and song are cast headlong into hell. The chord struck here is a game-changer, and hits with the force of a sledgehammer to the heart when Gene sings “Midnight hour/And the eyes of passion go flashin' out of your/Ivory tower/As you sip your wine of fashion.” The narrator could be speaking to the woman face to face, accusing her of using sex as a means of repairing past absences.  Or he might also be sitting alone after midnight, torturing himself with images of her flirtations with hipsters as part of some post-argument assertion of independence. Significantly, the “sip your wine of fashion” line is spat out with uncharacteristic contempt: stripped of her pretension by someone who knows her only too well, he exposes her as a social-climbing attention-whore.

So intent is she upon becoming a socialite that she exhibits no sense of guilt or shame for any behaviour that she believes will improve her station, no matter who gets stepped on.  Is she simply adopting a Machiavellian outlook on things?  Or is she exhibiting sign of something more serious – like sociopathy? Impossible to say really, but it’s perfectly clear that he, at least, believes her behaviour is having a deleterious effect on their relationship, if not his very existence:

You say that you will never despair because

You, no matter what you do, you don't care

And I see my sky turn black and my moon get dark without you.

Just as an aside, it’s interesting to see the words “because of you” in another Clark-penned song.  Obviously it was not meant as a direct allusion to the track White Light track (although I wish it were!) but it does cultivate a sense of continuity in authorship.

If the insinuation of her being an attention-whore was not explicit enough, the next verse kicks it up a notch.  The narrator accuses the woman of literally prostituting herself to fund a hedonistic lifestyle during his absences.  These lines contain the most vicious, damning rhetoric in Gene Clark’s canon:

You sell your time to anyone who can afford

To foot the bill for the way you carry on.

You have no fear of breaking hearts 'cause

You say the life that you live is just too short.

What we have here is a completely dysfunctional, codependent relationship between a belligerent

narcissist and a sentimental, sensitive masochist, who keeps going back for more:

I can't believe that you want to leave again

You expect me to just be there and

Take back you and tell you how much I care


In the end, ‘Dark of My Moon’ constitutes a joust to the death between two conflicting forces: on one side is the White Knight of ‘She Has a Way’, who represents the chivalric code; a silent sentinel waiting to serve and honour his queen. On the other is the Dark Knight who lapses into “fits of passion” and castigates his queen for her indiscretions and irresponsible behaviour.

What is important here is the aftermath of the clash.  Since she is perceived to be unapologetic, impervious to guilt or shame, it is he who stands with the most to lose in the disintegration of the relationship.  It is a war of attrition that he, as the only one apparently capable of feeling, must lose.  Indeed, the final image of a dark moon in a black sky insinuates that the end of the codependent relationship is, for both participants, nigh.  And with his voice cracking and crippled in a cigarette-soiled burr, Gene’s final lines sound almost like those of a man who is consciously writing his own epitaph, as he lay on his deathbed:

And my sky gets black and my moon goes dark because of you.

Email Post
Labels: Dark of My Moon She Has a Way Think I'm Gonna Feel Better

lost_jewels said…
Thank you Tom. Read it with great pleasure and respect. Cristalclaer, words in the right place and very much from interest. You did it again.
Please keep up the good work.
16 March 2013 at 08:07

billy said…
thanks a really interesting piece about a great song-everyone who i know who actually gets around to hearing this song are pretty stunned by it,and yes it doesn't look like 'he' expects to'feel a whole lot better'at the end of it all. your description of his voice is spot on,a harrowing experience to hear that great voice sounding so defeated-yet for me the tune lifts the song and it avoids becoming maudlin.

lost_jewels said…
Tom, Listens to Dark of my moon increased to nearly 18.500 must be partly because of you.Would say not underrated anymore. Love it. You're doing very well hope for new post very soon. Thank you.
29 June 2013 at 02:06

Lesley said…
You hit the nail perfectly on the head with this analysis. Like many other songs during the infamous Terri Messina period of Gene's life, you can feel the desperation of his love mingled with despair and bitterness, which always made for a powerful combination. Though I agree that this one encapsulated those warring emotions more than most.
2 July 2013 at 16:43