Skip to main content
Posted by The Clarkophile June 23, 2013

Obviously it has been a while since my last post and I wanted to explain why there hasn't been much activity on my blog.

For the last several months I have been conducting extensive research into the roughly three-year period beginning immediately after the release of No Other (September 1974) extending to Gene's eventual hooking up with Roger McGuinn in late 1977.

In this time I have interviewed:

True Clarkophiles can probably figure out the rest...
More to come. 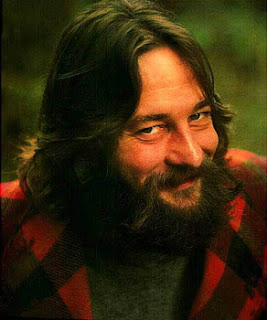 Anonymous said…
You might want to check out my "memoir" on Whin's Facebook page (Gene Clark Symposium)--I describe two concerts I saw Gene perform in Mendocino, on in late f1975, the other about ten months later. I'm interested in knowing the make-up of the Mendocino Rhythm Section (aka Method)that played in the 1976 concert I saw. Good luck, and keep writing about Gene. Brian Nash.
24 June 2013 at 12:57

The Clarkophile said…
Hi Brian,
Yes, I've read your piece. Very evocative of the times. May I quote you in mine?

lost_jewels said…
It look very interesting to me as well. Thanks for you're doings. If possible I would very much like clicks to where to buy you're publications and of course you're post here.
25 June 2013 at 00:33

lost_jewels said…
Like this very much. Thank you Tom. Please feel free to give a click on you're publications so I can buy them. Already excited about you're post in this blog. Keep up The lovely work.
25 June 2013 at 00:38

The Clarkophile said…
Thanks for the encouraging words, everyone.

This piece will not be published on my blog, but in a magazine coming soon. I'll post details once everything's in place.
25 June 2013 at 16:47

Lesley said…
Very excited about this! I have always wondered what Gene was up to during those "lost years". Looks like it will be a fascinating read!
2 July 2013 at 16:55

The Clarkophile said…
Hi Lesley,
Thanks for the comments!
The article won't be appearing on my blog, but will be published in the forthcoming issue of Shindig, available in August.
2 July 2013 at 18:05

Anonymous said…
look forward to the shindig,i remember checking the music papers regularly following no other's release and info was so sparse,i do remember a bit saying that there would be a recording with the silverados but not much else
13 July 2013 at 12:12

The Clarkophile said…
I'm very please with how the article turned out, although, because of space limitations, I couldn't go into as much of the post-Two Sides era as much as I would have liked (KC Southern Band, trip to Europe, etc).
Anyway, it'll be out in a couple of weeks now. I hope you enjoy it.
13 July 2013 at 12:36

ge said…
OT, but a kick may be got by readers here of this atypical cover: http://holycontour.bandcamp.com/track/the-mountain-god-clark-son
21 July 2013 at 20:29

daragho said…
Hi Tom,
Really looking forward to the Shindig article, I really enjoyed the cover story you did in the same mag a couple of years ago.
Will you be able to post here the additional material you couldn't fit in?
thanks
Daragh
25 July 2013 at 07:31