Skip to main content
Labels
Posted by The Clarkophile July 03, 2016

September 8, 2016 will see the release of what is without question the single most important posthumous release of Gene Clark's music, The Lost Studio Sessions 1964-1982.

Featuring 24 previously unreleased, never-before-bootlegged songs on the mothership album, plus six extra songs available across two bonus CDs, this is the largest, most comprehensive archival release ever undertaken of Gene's music.

Over the years, many hardcore fans have resented being put in the position of having to re-purchase songs they've owned for years just to have the opportunity to hear a clutch of previously unreleased tracks (as in the cases of 1998's Flying High compilation or 2007's In Concert set). Such is not the case with The Lost Studio Sessions. Of the 30 songs coming our way, only two have been released before, and in both cases the respective albums are long out of print. That means for even the most-knowledgeable Gene Clark fans out there, there's going to be 28 songs/performances coming our way that most, except the lucky few who attended the Gene Clark Symposium in 2014, have never heard before.

And so what I propose to do over the next few posts is give you a track-by-track breakdown of what's coming our way, along with all the recording details I can scrounge up, personal impressions of the material, plus a generous helping of relevant historical details to put the whole thing in context. 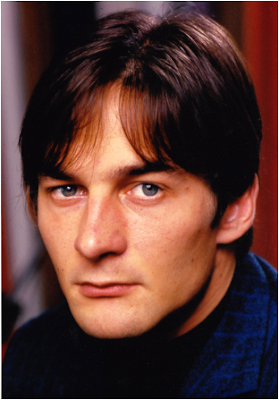 At this point I think it would be helpful to include a brief overview of the various sessions that comprise the set.

1970 Sessions
Produced by Jim Dickson
Recorded at: The Sound Factory

At the risk of pointing out the pointedly obvious, all songs featured on The Lost Studio Sessions 1964-1982 are studio recordings. So any fears that we are going to be presented with poor-sounding cassette demos or bootleg-quality live recordings needs to be summarily dismissed.

Next instalment: The 1964 Sessions

Indigo Mariana said…
This is indeed a historic release. A Gene Clark Anthology so to speak. You've whetted this Gene Clark's appetite for your next installment. Can't wait to read all about it!!
3 July 2016 at 20:04

thymecube said…
Awaiting this significant release of Gene's Lost Sessions. One thing strikes me though -- the ongoing commmitment of Jim Dickson to Gene and his music! Belated thanks are due to Jim for this but also his role in the Byrds and Byrds family artists which well beyond just his "official" years working with them. Had it not been for Jim what would have happened to these recordings... or would they ever have happened to begin with!

jonrus56 said…
This release will be like Christmas for this Clarkfan. The goodies I have heard about will be a pure slice of heaven. Kudos go to all responsible to this historic release.
7 July 2016 at 13:44

Anonymous said…
I'll just second thymecube: Jim Dickson NEVER gets enough credit. He had a vision for the band before they did, and he backed them up. And he probably frequently protected Crosby from being strangled.
9 July 2016 at 14:30