Skip to main content
Posted by The Clarkophile December 11, 2016 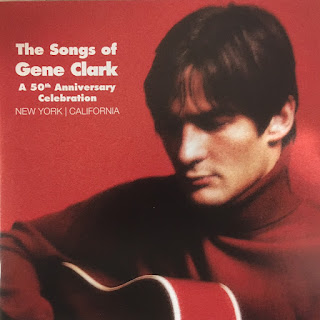 In February 2017, Induct Gene Clark into the Songwriters Hall of Fame will present a coordinated series of concerts held around the world to celebrate the 50th anniversary of the release of Gene Clark with the Gosdin Brothers.

After leaving folk-rock pioneers The Byrds at the height of their fame, Gene Clark pursued a solo career that ultimately revealed the legacy of a world-class songwriter, gifted poet, and widely influential musical chameleon; one whose most well known works, White Light (1971) and No Other (1974) are rightly hailed as classics of the rock era.

For Clark aficionados, however, his debut solo album (released in February 1967) holds much significance, because it was here, free from the pressures that drove him to leave a successful band (one that had scored two number-1 singles during his tenure) that Clark was able to craft his own unique musical vision.

Fifty years later, Gene Clark with the Gosdin Brothers is recognized as the tour de force it was all along: 11 tracks penned or co-penned by the artist, incorporating garage rock, country rock and chamber pop with equal measures of poetic brilliance and uncommon melodic ease. 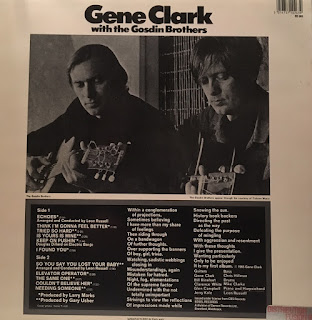 Every track on the album is tremendous, filled with enough lyrical twists and musical turns to warrant cover versions of key tracks like "Tried So Hard" (the Flying Burrito Brothers, Iain Matthews, Yo La Tengo) and "So You Say You Lost Your Baby" (Paul Weller with Death in Vegas).

#GC50, February 2017
As a testament to the album’s evergreen appeal and reverberating influence across generations, performers will convene in a host of cities to pay tribute to Gene Clark’s life and work. Get involved!

The #GC50 concert series caps a year of renewed interest in Gene Clark's oeuvre. In 2016 alone we've witnessed the release of a tribute album by Canadian folk standbys the Skydiggers; a grassroots campaign to induct Gene Clark in the Songwriters Hall of Fame; a critically acclaimed album on Sierra Records of previously unreleased works; and a tribute concert in San Francisco.

CLICK HERE FOR MORE INFORMATION ON THE #GC50 CONCERT SERIES

Indigo Mariana said…
Thanks so much for featuring this event on your blog! We hope to be announcing the lineups very soon. Stay tuned!
#GetGeneIn #GeneClark50
12 December 2016 at 20:18

Liam Sullivan said…
I've never understood what part the Gosdin brothers had on the same level as Gene. You don't hear their voices, at least not at the front where Gene is, and the major players were Dillard, Campbell, and others.
4 May 2018 at 13:10

The Clarkophile said…
Hi Liam,
You’re right about the co-billing. This was a Gene Clark solo record from start to finish. Unfortunately, Jim Dickson figured he could sell two artists under his management for the price of one. I’ve often wondered how he sold the co-billing idea to Gene—and in turn, why Gene went along with it. It was an unfortunate idea that did no favours to either Gene or the Gosdins.
4 May 2018 at 14:29