Skip to main content
Posted by The Clarkophile February 28, 2018 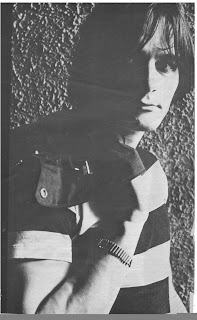 We are just two months in, and yet 2018 has already dealt me a couple of unexpected life blows that have, quite frankly, left me reeling, virtually incapable of doing anything productive on the blog.

That said, I have heard rumours of some good things on the horizon for fans of Gene's music. Because they are only rumours, I won't share them, lest they fail to materialize (we all know that is a regular occurrence in Geneland), and also because mere speculation doesn't help anyone, and in fact has the potential to do harm.

Elsewhere, however, I can say that I've had the honour of working alongside some really talented individuals on a GC project outside the scope of this blog.  Of course, once an official announcement is made, I'll run some posts to complement the main event.

Jesse Reiswig said…
I'm so sorry to hear about your personal life blows, Tom. Hoping for some peace and relief for you.
6 March 2018 at 19:17