Skip to main content
Posted by The Clarkophile March 14, 2018

Note: This is a continuation of my discussion of the Back Street Mirror E.P., an exclusive RECORD STORE DAY release, coming April 21, 2018. See previous post for further information. You cannot order this vinyl-only release; it must be purchased from bricks-and-mortar retailers. 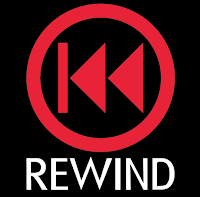 There are certain periods of Gene's career that, to this day, in defiance of biographers and internet searches, retain their mystery: when exactly was 'Communications' written? Who, besides Alex Del Zoppo, accompanied Gene on the Sings for You recordings? What songs were stolen from his home in the chaotic aftermath of his death? And what about those Terry Melcher recordings?

As longtime readers are doubtless aware, my personal era of never-ending fascination begins in early 1966, immediately after Gene's departure from the Byrds, and continues all the way up to the release of The Fantastic Expedition of Dillard & Clark in October of 1968. At first, my fascination was based on nothing more than the excellence of the LP that emerged from this period (Gene Clark With The Gosdin Brothers), my abiding love of turtlenecks and suede, and the slow dribble of posthumous releases that gave us a clue as to what Gene was up to (e.g. the superb, sadly aborted 'Only Colombe'/'The French Girl' 45; the David Hemmings version of 'Back Street Mirror').  Beyond that, there was nothing of substance, only an admittedly romantic notion that somewhere out there there must be a cache of lost recordings; a trove of songs that lay buried away in a vault.  For a time, the enduring mystique of the Sings for You acetate fuelled my passion. It had a name, it had unfamiliar song titles, and it had a legend.  What I sorely needed, however, was further tangible evidence to justify my obsession.

The appearance of Byrd Parts 2 in 2003 then was ground zero for what was, for me, a major revelation: 'If I Hang Around'.  This single track solidified my belief, both in Gene's brilliance and the faith I'd held in my pet period.  I was in awe of 'If I Hang Around' back then—and that sense of awe has in no way diminished over the last 15 years. If anything, my admiration has grown.  I didn't care that it had been given the "Free As a Byrd" treatment by ex-Gene Clark Group bassist Chip Douglas, because I actually enjoyed his contributions; they were tasteful, and consistent with the mood of the song. And it was in the notes to this CD that I first heard about a tape Chip was given of Gene's material—a fact that beckoned the question: was there anything else on it?

In 2009 or thereabouts I stumbled across an interview with Chip Douglas, conducted by writer Christopher Hollow on May 13 and  June 4, 2004. It appeared in the Sand Pebbles online magazine, Tarantula (sadly, no longer up, otherwise I would give the link).  I was excited to see that the questioning, the pictures—everything—was specifically directed towards his days in the Gene Clark Group.  I didn't know who Christopher Hollow was, but the day I discovered his piece he became a bit of a hero to me.

While reading—and then repeatedly rereading—the interview, I felt an immediate kinship with Chris (I'm delighted to say we correspond to this day). He asked all the questions to which I had been desperately seeking answers, and what's more, he wasn't afraid to push a third party—now several decades removed from a professional situation for which he expressed no overt fondness or sentiment—for information about Gene's songwriting. 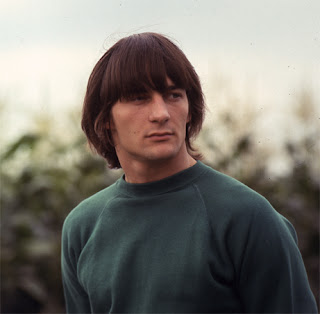 As my obsession with the '66-'67 period came to a boil, I began to formulate ideas for a feature story about the Gene Clark Group. With Chris' help I was able to connect with, and subsequently interview, Chip Douglas*.  I found Chip friendly, informative and very easy to talk to.  The one thing that irked me, and still kind of taints my memory of the chat, is that he seemed almost stubbornly reluctant to say anything the least bit complimentary about Gene's talents.  But I digress.


Chipping away at the tape mystery

To his credit, however, Chip gamely discussed the tape he had received.  As discussed in Chris' piece, Chip explained how the tape facilitated his acquisition of the words and music for the then-unreleased Clark-McGuinn composition 'You Showed Me', a song he saw performed by Clark, McGuinn and Crosby at the Troubadour, shortly before the formation of the Byrds. Douglas subsequently produced 'You Showed Me' for The Turtles (below), and, as everyone knows, it went on to become a huge hit in 1968 ((The Byrds' version of 'You Showed Me' would not be released until the following year, as part of the first Preflyte compilation, on Together Records.)


Unfortunately, further questioning about the tape yielded little in the way of new information, but he did say something rather intriguing about its containing 12 to 14 songs in total, although he couldn't remember the titles, and the tape was not close at hand.

When it became apparent that I'd exhausted every possible line of inquiry regarding the tape, I muttered something about giving my left arm to hear it.  Astonishingly, and without prompting, Chip offered to make me a copy of the tape. Once I recovered from the shock, we continued on with the interview, but by then I had lost the thread of our discussion, and become hopelessly preoccupied with the tape.

Over the next few weeks my obsession with hearing the tape grew—which was terribly unfortunate because it became apparent that Chip would not be following through on his offer to send me a copy.
In fact, once we got off the phone, I would never hear from him again. He failed to respond to any of my subsequent inquiries (even though he had expressly instructed me to remind him about it because he would surely forget).  In the end, I could only assume that, after carefully considering the ramifications (legal or otherwise) of copying these recordings for a relative stranger, he had undergone a change of heart. 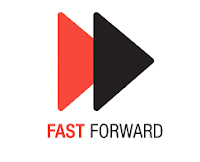 When I was asked to write the notes for the Gene Clark Back Street Mirror E.P. Record Store Day release, I felt as though whatever resentment I had been carrying for Chip had dissipated. Not only was I privy to the contents of the tape (see image below) I would be given the honour of writing about three of the previously unreleased selections, including the Chip-less version of 'If I Hang Around.'  I felt I'd at last come, as someone once sang, full circle.  I  had solved the mystery that had become such a huge part of my life.

Now that we know the full contents of the tape, we may rest easy in the knowledge that, over the years, everything on it has been officially released.  For my part, a years-long quest to uncover its full contents has ended rather successfully, even poetically.

But we aren't done here.  More mysteries remain.  After all, this is Gene Clark we're talking about.

* Around the time I interviewed Chip I also spoke to drummer Joel Larson—even the reclusive Bill Rinehart.  Sadly, I couldn't generate any interest in the Gene Clark Group story, so I switched gears, tracked down Emitt Rhodes, and converted my research into a piece about The Merry-Go-Round, which, for some inexplicable reason, I gave away to Shindig! magazine.
Email Post

Barnes Newberry said…
Mind-boggling dogged research is the immediate phrase that comes to mind, Tom. Thank goodness you are always on the case regarding Gene. We are all richer for this seemingly endless pursuit for answers and I always tip my imaginary cap to you for your dedication! Please do not rest quite yet! Thank you!
15 March 2018 at 04:54

Jesse Reiswig said…
One of your most interesting posts, Tom. Thank you for recounting your story.
19 March 2018 at 14:40

Craigie said…
Thank You so much for your efforts as always . But as fans (fanatics ) we always want more , so where is the tape(s) containing Bakersfield Train ..etc ? . Please Tom keep going with your searches ,Thank you , Craig Herts UK
1 April 2018 at 15:18

nlkink said…
What a wonderful, intriguing and interesting article about Gene Clark. I know exactly how it feels, for I have been researching The Kinks in The Netherlands for author Doug Hinman for almost twenty years and digging something up that was unknown as always such a thrill! I hope you'll find lots more of Gene Clark material from 1966-1967. It is amazing how productive and how prolific he was, and with such consistency in quality....
17 June 2018 at 06:19