Skip to main content
Posted by The Clarkophile November 18, 2018

The Clarkophile has learned that Bill Rinehart, a pivotal, if largely unheralded figure in L.A.'s Sunset Strip scene during the 1960s, died last year at the age of 71.

Rinehart played a key role in the founding of the Leaves, whose memorable 1965 track, 'Too Many People,' (co-written with Jim Pons) was featured on Rhino's peerless 4-CD compilation, Nuggets: Original Artyfacts from the First Psychedelic Era, 1965–1968, in 2001.
During his tenure with The Leaves, Rinehart struck up a friendship with Gene Clark, who shared his love of sports cars, music and girls.  After his departure from that band, Rinehart jumped at the chance to join Gene's first post-Byrds effort, the Gene Clark Group (also featuring Chip Douglas and Joel Larson). Rinehart contributed guitar and co-wrote two songs ('Keep on Pushin' and 'Elevator Operator') on Gene's solo debut album, Gene Clark with the Gosdin Brothers, released in February 1967.

Rinehart's next project saw him joining forces with his former bandmate from the GC Group, Joel Larson, along with Gary Kato, in the Emitt Rhodes-led Merry-Go-Round. Rinehart was eventually fired from the group after punching the band's notorious manager, Eddie Shaw. 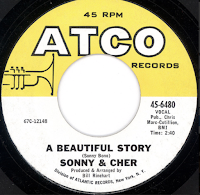 Sonny Bono, with whom Rinehart had struck up a friendship during this time, thought enough of his talent to have him produce/arrange Sonny & Cher's reflective chamber-pop waltz, 'A Beautiful Story,' (which, oddly enough, bears an uncanny resemblance to Gene's '67 demo of 'Down On the Pier', from Gene Clark Sings for You).

In 1968 Bill recorded a 45 under the moniker The Common Cold, Come Down/Dream World, the A-side of which was included on a subsequent volume of the Nuggets series, Where the Action Is! Los Angeles Nuggets: 1965–1968. 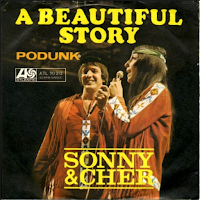 Further production work followed (Fields self-titled album; The Aquarians Jungle Grass, both from 1969), plus an unreleased solo album from 1973. Bill's songwriting was strong enough to earn him composing credits in films, including 1972's The Hot Rock (starring Robert Redford) and 1984's Falling in Love, with Meryl Streep and Robert De Niro.

This is only a partial history of Bill Rinehart's career. It is by no means complete.  I am in the process of researching what I hope will be the definitive biography of Bill thus far—one that will include a thorough look at his recollections of the Gene Clark Group—that is set to appear in an upcoming issue of Mike Stax's legendary Ugly Things magazine.  The research includes a comprehensive interview I conducted with Bill in 2010, along with contemporary reflections from former bandmates like the Leaves' Jim Pons, plus contributions from his best friend, musician and luthier Mike DeTemple, along with many others.

RRF said…
Bill was also an accomplished surfer I knew from County Line and Secos. When I interviewed the Leaves at The Trip in the mid-60s he asked if I didn't recognize him. I didn't because of the new "hair" and we laughed ... talked about old times and old friends and got back to business. I asked him about Hey Joe because their version was, and still is, my favorite. They said their versions (a couple of them) had been "shelved" by the company or their agent in order to promote the Byrds' version. The rest is history.
19 May 2022 at 03:11