Skip to main content
Posted by The Clarkophile November 23, 2019

This is a slight diversion from my usual Gene Clark-related content. I'd like to post an album review I wrote about a recently released album entitled Grooves & Ruts, recorded by a Vancouver collective called Farm Team.

I wrote the review because I was deeply moved by the material.  I'm posting it here because I feel that it deserves a wider audience.

Farm Team is a vehicle for singer-songwriter Simon Paradis, a musician I first met in London, Ontario in the late 1980s. Simon & I played in a band together for approximately two years in a band called Month of Sundays.
Apart from being an extraordinary guitarist, he was sharp, quick-witted and funny as hell. His guitar playing had an immediately recognizable, unique style, and yet it was also well-rounded, with blues, jazz, rock chops to burn.  Simon could play it all, and what's more had the scholarly knowledge to back it up. He was no bullshitter, he was the real deal.  In those days, there were lots of hapless musician wannabes in London (of which I was one) but Simon was a guy that emanated that undefinable star quality that few possess, and which he, to his credit, seemed blissfully unaware.

Those impressions are all written in past tense, but as I recently told Simon, time and circumstance have only served to reinforce this belief. I hope you enjoy the review and the music it describes.

It is important that we support independent artists. 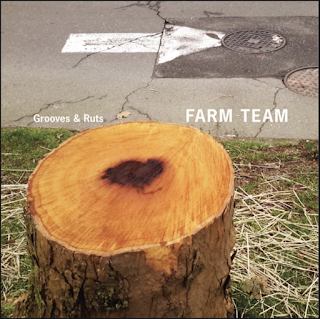 (Canada Council for the Arts)

Although nominally credited to Farm Team (a loose collective of seasoned Vancouver musicians), Grooves & Ruts is, at its core, another impressive offering from singer/songwriter Simon Paradis.  And for Paradis—a veteran session player/producer for over 30 years who has, in recent years, amassed a formidable back catalogue, both as a solo artist and half of Stanton/Paradis—this 14-song, 52-minute work stands as a uniquely compelling personal statement about the resilience of the human spirit. 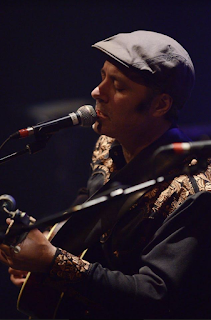 Paradis’ extraordinary creative run is welcome, not only because he is a gifted, insightful musician and songwriter, but because it represents a miraculous comeback in the aftermath of a near-fatal, life-altering 2007 workplace accident (the harrowing details of which are chronicled in this CBC article from 2018). After reading about myriad impediments he (and wife/writing partner Kara Stanley) faced during his recovery one cannot help but view the album as the ultimate manifestation of Paradis’ passion for music, both as a force for renewal and reclamation of one’s self.
Musically, Grooves & Ruts ‘14 3rd Ave’ begins with an exquisitely hazy wash of pedal steel, courtesy of Paul Rigby (Neko Case, A.C. Newman); it opens the album like eastern-facing curtains on a bright summer morning.  Shortly thereafter it’s joined by acoustic guitar, brushed drums, tasteful bass and Paradis’ folksy vocals, and melts into a warm, inviting mid-tempo vibe that is largely reflective of the album’s overall approach.  While certain influences are obvious—The Band, The Flying Burrito Brothers, Neil Young, to name but three—they are never aped gratuitously; merely offered a respectful tip of the hat in Paradis’ pursuit of his own vision and sound. One also feels less overt influences at play, as if the DNA of innumerable blues, jazz, country—even pop—masters were commingling inside the bones of the songs. 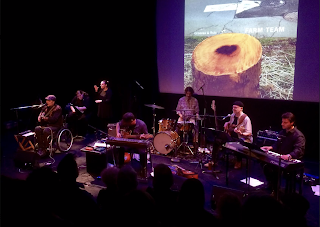 Paradis’ voice, like the material itself, possesses a disarming vulnerability: there are moments when it shakes and quivers—but never does it falter.  And when he needs to, Paradis digs deep, summoning both ghosts of pain and angels of mercy, in the soaring choruses of ‘Boats’ and ‘Night is Here’.  Where the former might be taken as an allusion to his post-accident recovery period (“I’m leanin’ hard into the wind,” he sings in a world-weary voice), the latter offers love and reassurance during one’s darkest hour. Sung in plaintive tones, augmented by glorious backing vocals that reinforce the concepts of support and selflessness at the song’s core, “Night is Here” is a stunning testament to the power of love as a healing force.

But Paradis knows it’s not as simple as saying love conquers all.  The album is rife with disillusionment, disappointment, pain, suffering, and the bittersweet remembrance of how things were before—all of which is made excruciatingly clear in one of the album’s most poignant moments, “Save Me”.  “This one is a study in juxtaposed realities,” Paradis said in an October 2019 interview. “Right after my accident, while in rehab, I realized that my ‘dreaming self’ hadn't made the same adjustment my physical self had. I had been a fully able-bodied person for 38 years of my life, so when I went to bed, I was able to stand, walk, run in all of my dreams, only to wake in the morning to find the (wheel)chair at the foot of my bed.”

Juxtapositions like this suffuse the entire album: there are befores and afters, gains and losses, pains and pleasures, highs and lows, darkness and light, rockers (the searing 'Mr. Hopeful', with Paradis wailing "Love, love, an elemental force!") and ballads ('Sweet Melinda'), questions and answers.  So it seems like more than a coincidence that such juxtaposition carries over to the song titles themselves. And it is here that one finds the most satisfying takeaway from Grooves & Ruts: sung by a man who nearly died in a tragic jobsite accident, and who subsequently faced a long, arduous convalescence, “I’ve Been Better” sounds like the wryest of answers to one of life’s most innocuous questions: how are you?  Tellingly, the album-ending track, “I’ve Been Worse,” a reprise of the former, might very well be Paradis’ equally wry response to the same innocuous question—except this time from a more hopeful perspective: that of a man who nearly lost everything, but now celebrates the reclamation of his life in song.