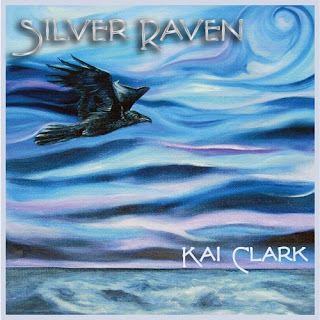 Last November, I posted an interview I did with Kai Clark about the then-imminent release of Silver Raven, a tribute to his father's music.
I'm delighted to say the album was released in April, and has received positive reviews from publications like Shindig! and Goldmine.

If you're cynical about tribute albums as a genre, or a wee-bit precious about the idea of anyone other than Gene performing his songs, all I can say is you will be pleasantly surprised with what Kai and co-producer/drummer Jim Moreland have created. This is a moving, energetic, powerful set of extremely well-chosen songs that tick all the appropriate boxes: The Byrds; staples from Gene Clark's touring days, and lesser-known favourites of hardcore fans.

On the whole, the production remains faithful to the sound and spirit of the original recordings, but make no mistake: there's much more going on here than simple replication.  The performances from Kai and his band are forceful and confident; the choices they've made in approach to the music are, in a word, inspired. Take "Polly," one of the standouts from Dillard and Clark's second album.  Kai's arrangement is augmented by stately Rickenbacker 12-string and emotive strains of pedal steel; it's a combination that lifts the tracks into an ethereal alternate universe, one that effectively posits a glimpse of what the 1969-era Byrds might've sounded like, had Gene remained. The juxtaposition of majesty and despair is breathtaking.

I've pretty much lived with this album for the last two months; it's been the soundtrack for this otherwise nightmarish Covid-19 period, but it has not been stigmatized by that association. If anything, it's helped me cope with doubt and fear in rapidly changing times. Listen to Kai's take on "Turn! Turn! Turn!" and you'll know what I mean. 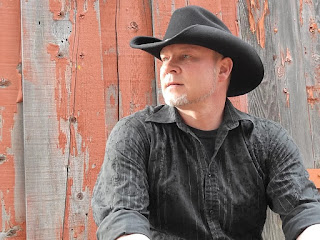 1. I Found You (Gene Clark)
Originally released in February 1967 on Gene Clark with the Gosdin Brothers, “I Found You” was also the b-side to the leadoff single “Echoes”. Kai and his band reignite the sensual groove that made this one of the standout tracks from his dad’s first solo outing.

2. Mr. Tambourine Man (Bob Dylan)
The Byrds’ signature track—the first of two #1’s they scored in 1965; and the vehicle by which the world (via Ed Sullivan) got its first glimpse of 21-year-old Gene Clark standing centre-stage, shaking the titular instrument—was of course written by Bob Dylan, a pivotal influence on Gene’s early songwriting efforts. Kai and his band provide a reverential yet driving interpretation of a bona fide American standard.

3. Train Leaves Here This Morning (Gene Clark, Bernie Leadon)
Kai's take on “Train” is an ingratiating remake of a song that became a staple of his father’s live shows (first released on 1968’s The Fantastic Expedition of Dillard and Clark); one that features an effortlessly tasteful contribution from a past member of Dillard and Clark, fiddler extraordinaire Byron Berline.

4. Here Without You (Gene Clark)
Gene Clark’s tenure in the Byrds may have been brief, but each song he gave them was a gem. Alongside the KC Band’s respectful homage to the Byrds’ shimmering arrangement, Kai offers a tender reading of his father’s timeless classic.

5. Silver Raven (Gene Clark)
Dark and mysterious, much like the songwriter himself, “Silver Raven” was originally released on Gene’s celebrated 1974 masterwork No Other. Kai takes things in a slightly heavier direction, leading the band into a hypnotic, swampy groove, sweetened by some tasty slide work, rich backing vocals (by Kai’s wife Amber, and Aubrey Littlefield, her niece), alongside Kai’s most nuanced vocal to date.

6. Kansas City Southern (Gene Clark)
First recorded as an upbeat country-rocker (on Dillard and Clark’s Through the Morning Through the Night), later recast as a swaggering rocker on 1977’s Two Sides to Every Story, Kai’s arrangement is based heavily on the latter, but the peppy harmonica work (contributed by legendary musician and photographer Henry Diltz) and sublime pedal steel remind us of the song’s country roots.

7. Gypsy Rider (Gene Clark)
A late-period gem, “Gypsy Rider” was originally released on Gene Clark and Carla Olson’s 1987 duet album, So Rebellious a Lover. Carla Olson reprises her role as duet partner, in an achingly beautiful remake of one of Gene’s most cinematic compositions, here given new depth with the addition of Byron Berline’s wistful fiddle.

8. Turn! Turn! Turn! (Pete Seeger)
The Byrds’ second #1 of 1965 is yet another track that is synonymous with Gene Clark’s era-defining tenure in the band. Kai’s fresh and inspiring take on the track, featuring the epochal tones of the 12-string Rickenbacker, is both a fond look back to those halcyon days, and a reminder of the song’s enduring relevance and wisdom during times of crisis.

9. Polly (Gene Clark)
A love song of aching beauty, “Polly” was introduced to a new generation of fans via the 2007 Robert Plant/Alison Krauss collaboration Raising Sand. Kai’s updating of the song makes brilliant use of 12-string Rickenbacker and Kevin Post’s evocative use of pedal steel, both of which add elements of majesty and doom.

10. Your Fire Burning (Gene Clark)
Posthumously released on 1992’s Silhouetted in Light (a recording of a February 1990
performance at McCabe’s with Carla Olson) “Your Fire Burning” is perhaps the most poignant evidence we have that, at the time of his passing, Gene Clark’s music was hitting new heights
of artistic brilliance. While the song may not be as well-known as some of his father’s other material, Kai certainly appreciates its magnificence, and again enlists the help of Carla Olson as duet partner.

The results are both celebratory and elegiac.

11. Eight Miles Higher (bonus track) (Gene Clark, Roger McGuinn, David Crosby)
The album’s finale is a triumph for all concerned: The Byrds’ early psychedelic classic opens with a darkly compelling groove (courtesy of bassist/guitarist Don Segien and drummer/producer Jim Moreland), soon augmented by some extended lines from a down-and-dirty 12-string Rickenbacker and terrific ensemble vocals—all of which leads to a thrilling climax for both the song and album.

skipway said…
Your usual thoughtful analysis, Tom, of an album that grows in stature every time I listen to it--which is often.

About track one: To me, this is Gene's nod to the Beatles, made even more obvious by Kai's band's energetic performance. I have not read reviews of Gene's solo debut. Has this been mentioned, and do you agree?

Tom Sandford said…
Thx Skip. I seem to recall a quote from Gene about the influences on his first album, and yes, he mentioned the Beatles and the Mamas and the Papas.
3 June 2020 at 18:18