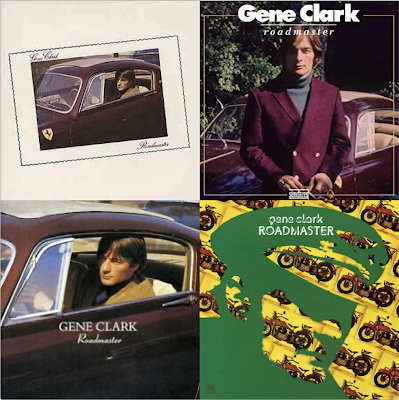 Gene Clark — Roadmaster
The Hinshaw Mix FAQ
If you’ve ever read about Gene Clark’s problem-ridden April-June 1972 sessions at Wally Heider Studios—sessions that would ultimately form the backbone of 1973’s Roadmaster compilation—chances are you’ve encountered discussion of what's commonly known as "the Hinshaw mix." But what are we talking about when we use the term? As Gene's popularity grows, a lot of bad information gets shared online. I'm hoping to clear up any confusion with the following FAQ, which is based on what I've seen Facebook, music boards, Instagram, Twitter, et cetera. If, after reading this, you have anyquestions about the Hinshaw mix, I'd be happy to attempt to answer them, or take steps to contact people whose knowledge exceeds my own. Feel free to leave a comment below and I'll do my best to answer.
So, here we go. In my experience, the following are the most commonly asked questions:
What is the Hinshaw mix?
Why wasn't the Hinshaw mix used?
Who is Hinshaw?
Has the Hinshaw mix been officially released?

So in this post I'll tackle all of the above, plus some logical follow-up questions.

What is the Hinshaw mix?
The Hinshaw mix is a rough mix of the eight songs recorded between April-June 1972 by producer Chris Hinshaw, Terry Melcher’s assistant, who was enlisted to complete the sessions after Melcher left the project.
The eight songs recorded during Hinshaw's tenure are:
‘Full Circle Song’ |  ‘I Remember the Railroad’ | ‘Rough and Rocky’ | ‘She Don’t Care About Time’ | ‘In a Misty Morning’ | ‘Roadmaster’ | ‘I Really Don’t Want to Know’ | ‘Shooting Star’

Why wasn't the Hinshaw mix used?
Before leaving the project (the purported reasons for which are discussed below) Hinshaw created an eight-song acetate that featured his rough mix of completed work. Since Chris Hinshaw's work was limited to these eight songs, it is therefore a mistake to use the term "Hinshaw mix" when referring to any other song or mix related to the Roadmaster era.
When Jim Dickson took it upon himself to resurrect the project, he decided to disregard the mixes created by Hinshaw, and created the familiar mix that has been available since Roadmaster was first  released on the Dutch Ariola label in 1973.

Has the Hinshaw mix been officially released?
Short answer: Not all eight songs, no, but a few have slipped out in a convoluted, typically Clarkesque fashion.


Hinshaw’s alternate/rough mix remains officially unreleased in its entirety (although isolated tracks have turned up elsewhere and will be noted in part 2 of this piece), and over time has taken on almost mythical status among fans, many of whom are naturally drawn to the allure of the unheard. Fans’ appetites were further whetted by John Einarson’s enthusiastic championing of Hinshaw’s mix over Dickson’s in his biography of Gene, Mr Tambourine Man, the Life & Legacy of the Byrds’ Gene Clark. Much like the Gene Clark Sings for You acetate, the absence of aural evidence creates a blank space in Gene’s story, vulnerable to the emergence of a fan-driven narrative that offers an exaggerated extrapolation of revelatory aspects of the mix. As with every other aspect of Gene’s life, the answers are never easy. They require context and detail.

As Gene’s fan base continues to grow—thanks, in large part, to the steady stream of excellent archival releases overseen by the always-quality-conscious Clark Estate—a lot of the old stories and legends are being unearthed and shared on social media. It is, of course, wonderful to see widespread interest in all things Gene, but it’s also important to know the facts that gave rise to the legends.

Who is Hinshaw?
The idea to create a Hinshaw mix FAQ came to me this summer, when I was struck by the sudden realization that not only did I know very little about this pivotal figure, I did not even know what Chris Hinshaw looked like!
And when a simple Google search turned up nothing, I figured it was incumbent upon me to do my due diligence before attempting to write the Hinshaw mix FAQ, lest I be accused of spreading bad info. Alas, even after receiving game-changing information from an anonymous source that effectively kickstarted my research (see photo at left) many questions remain unanswered.
Elsewhere, attempts to contact Hinshaw’s daughters have been unsuccessful. My research is ongoing, so the following will be revised as new information is uncovered. But here is what I have learned:
Recording engineer and producer Chris Hinshaw was born on January 15, 1946, in Woodland Hills, Los Angeles County, California. By the age of 23 he had earned engineering credits on a pair of late ‘60s blues-rock classics: Harvey Mandel’s Cristo Redentor (1968); and Taj Mahal’s legendary double set, Giant Step/De Ole Folks at Home (1969). It’s worth noting these were his first professional credits. After that impressive one-two combination, Hinshaw worked steadily—and with some fairly big names, including Chicago (Chicago II, 1970); The Byrds’ (Untitled) and Byrdmaniax (1970 and ’71 respectively, working alongside Terry Melcher).  [Interesting Gene Clark-related fact: Hinshaw worked with the Raiders (formerly Paul Revere and the Raiders) on their 1970 LP, Collage. Conscripted into the by-then depleted ranks of the Raiders, reduced to the duo of Paul Revere and Mark Lindsay, was none other than Freddy Weller, who penned and recorded the titular track to the Gene Clark album that Hinshaw would go on to produce.] 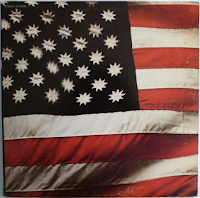 Hinshaw also engineered Sly and the Family Stone’s epochal There’s a Riot Goin’ On. And it was through his fateful relationship with Stone that, as we shall see, Hinshaw would earn both his career’s most prestigious credit, and most ignominious blunder. 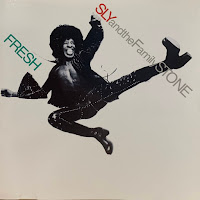 For whatever reason, Hinshaw’s career seems to have peaked in 1973, with the twin triumphs of Sly and the Family Stone’s Fresh and Gene Clark’s Roadmaster.  For reasons that aren’t clear, Hinshaw's career effectively stalled after that. What credits he amassed from 1977 until 1986 were noticeably fewer and farther between than previous, and with less-celebrated artists. However, since the vast majority of them involve acts associated with Hula Records, based in Honolulu, he may have moved out of the LA area during this period. Assuming the information gleaned from Discogs is correct, Chris Hinshaw’s final credit would appear to be on Southern Pacific’s Killbilly Hill album in 1986, though it’s not clear in what specific capacity he served.

Sadly, Christopher Alfred Hinshaw was killed in a car accident on April 30, 2004, in Nashville, Davidson County, Tennessee.  He was 58 years old.

Did Chris Hinshaw produce all of Roadmaster?


Why were the Roadmaster sessions abandoned?

It’s a pity that Hinshaw is not here to respond to accusations that it was largely his fault that the 1972 sessions came to a premature end. But the oft-repeated story goes like this: at some point in the sessions—and, significantly, on a day Gene was not present—Hinshaw invited Sly Stone to the studio. His motives for doing so are not known, but as mentioned he had worked with Sly on There’s a Riot Goin’ On, released the previous year; he also would end up working on Stone’s 1973 LP, Fresh, so it does not strain credulity to wonder if he was angling for his next gig before finishing his current one.  In any event, Stone, who arrived with an entourage, is alleged to have essentially commandeered the studio, and in so doing run up significant charges, all of which wound up on Gene Clark’s account.

Assuming the above is true, Hinshaw is justly blamed for his failure to maintain order and take control of the situation, especially since it was he who instigated it. Not only was this a shocking lapse of professional judgement on his part, it was a total betrayal of Gene Clark, whose best interests he was presumably hired to represent, to the best of his ability.

As we know, Gene's project had first been upended by Terry Melcher's decision to bow out of the sessions (apparently due to lingering emotional toll wrought by his proximity to the infamous Tate-LaBianca murders and injuries suffered in a serious car crash).  What is never pointed out here is Gene's magnanimity in allowing Melcher’s assistant to steer the ship.

Unfortunately, the decision ended up costing him in more ways than one.

Rick Clark, Gene’s brother, told John Einarson that this “fiasco” effectively “doomed that record.” He went on to say: “I blame Chris Hinshaw for all that because he was the one who called Sly and had him come down. It got really weird.  Clarence [White] and I got really disgusted, and he packed up his guitars and left.” Add to that a comment from Jim Dickson, who said that Hinshaw was “too spaced out and the album never got finished,” and the Hinshaw-as-fall-guy narrative takes shape.  Over time it has become easier to simplify things in this manner. Thus, one might be forgiven for jumping to the conclusion that the contretemps surrounding Hinshaw’s conduct delivered the album’s coups de grâce. 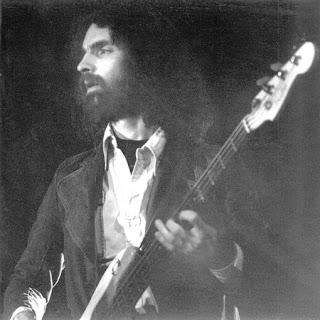 Upon closer inspection, however, it would appear the Hinshaw-Stone incident was merely one of many reasons for the album's ultimate implosion. For me, anyway, many questions remain; not everything comports with the Hinshaw-as-fall-guy narrative.

The year of 1972 was an extraordinarily busy one for Gene. There were many variables at play, in a constantly shifting dynamic. Take, for example, the uncredited presence of Roger McGuinn at the sessions (he is heard quite clearly on the Hinshaw mix). By dint of his appearance at this specific juncture, juxtaposed with momentous events that would follow soon thereafter, it doesn't stretch credulity to say his influence contributed to the reasons why Gene’s third solo album imploded.

But don't take my word for it; John Einarson made the same observation in his biography of Gene: “Roger’s presence [at the 1972 sessions] was, in fact, a harbinger of things to come and one of the reasons the sessions would ultimately be abandoned.”  I mean, the obvious question that no one has apparently ever asked is: where exactly was Gene that day when things got out of control? Why was he absent? It seems out of character, especially when remembering comments of musicians who took part in the recording of No Other.  Had he already mentally checked out, moved on to the Byrds reunion? Was he jamming with Roger? The Byrds reunion promised a huge payday. With a young family to support, who could blame him for following the money? And Gene had a well-established pattern of moving on suddenly (as people like Laramy Smith found out). To complicate matters, it was also around this time that Jim Dickson reappeared on the scene and convinced Gene to add new vocals for the Early L.A. Sessions project. He had a lot going on in 1972. He was a busy Byrd-to-be.

My only suggestion here is that things aren’t always as clear-cut as they seem. Rarely, if ever, will one reason suffice. Hinshaw’s failure to take control is, in my opinion, fairly egregious. It was careless abrogation of his duties as producer. But let’s face it, it was only one factor in an ever-evolving dynamic with many moving parts, with many competing egos, motives and machinations all in play at once. It seems unfair to lay all the blame at the feet of a man who never had a chance to respond to the allegations.

How did the Hinshaw mixes differ from the released mix? Is it better?

For my take on this, stay tuned for Part 2 of this piece in which I'll answer the theoretical question: “How would I compile the definitive Deluxe Edition of Roadmaster”?
If you’ve enjoyed reading this piece, kindly consider making a small donation to my continuing work on this blog.