Skip to main content
Posted by The Clarkophile November 16, 2020

Update on THE BYRD WHO FLEW ALONE DVD 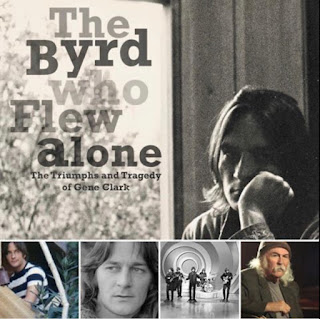 THE BYRD WHO FLEW ALONE
Clarkophile Rating: ⭐️⭐️⭐️⭐️⭐️ 5/5
If you’ve been waiting for a Netflix showing of the 2014 Gene Clark documentary THE BYRD WHO FLEW ALONE to materialize, I’ve got bad news: it doesn’t appear to be in the offing.
There is good news, however...
Director Paul Kendall tells me that there are still a few copies of the DVD that may be purchased, but that there won’t be any further pressings made.
My advice? Contact Paul Kendall at info@foursunsproductions.com for information about ordering a copy of your own.
THE BYRD WHO FLEW ALONE: THE TRIUMPHS & TRAGEDY OF GENE CLARK is a must-buy for fans of the Byrds & Gene’s solo work. It is a moving testament to Gene’s life & artistry, told by family, friends & colleagues who knew him throughout his life, including erstwhile Byrds Roger McGuinn, Chris Hillman & David Crosby; Barry McGuire; Kai Clark, Kelly Clark (RIP), ex-wife Carlie (RIP); Carla Olson, Saul Davis & more.
Elsewhere, I’m trying to figure out a way to breakup my latest post, because it exceeds 5,000 words, which is far too much for a blogpost, I think. It’s coming, please bear with me.