Skip to main content
Posted by The Clarkophile September 23, 2014

Apologies for the extended delay.

Please remember this is intended to be a list of my personal favourites, not necessarily Gene's greatest artistic triumphs.  Gene's work has been so inextricably tied to my personal life that it would be foolish for me to attempt otherwise.
So let's continue with the next instalment of my list of favourites.

30. 'Dark of My Moon' - Gypsy Angel
Virtually a case study of dysfunctional, co-dependent relationships, featuring harrowing allusions to drug use and calculated, vindictive infidelity, 'Dark of My Moon' is hampered by two things: 1) the presumably tobacco-induced burr on Gene’s voice; and 2) a curiously underwritten bridge section, which leads me to believe it was a temporary placeholder until something better could be worked out.

Where ‘The Virgin’ from White Light tells the tale of an idealistic young woman facing unpleasant realities after moving to the big city, ‘Silver Phial’ might then be viewed as a more mystical sequel of sorts. Gene paints a complexly layered character study of an emotionally scarred woman who is ostensibly rescued/kept by a powerful, but ultimately exploitive, svengali figure (referred to as “magic master”).
Includes the most audacious use of alliteration I’ve ever heard in song: “Said she saw the sword of sorrow sunken/In the sand of searching souls”.

Not to be confused with its thoroughly discofied, decidedly less satisfying counterpart on the McGuinn, Clark & Hillman album from 1979, I’m speaking of the eerie, otherworldly rendition performed by Gene and Roger during their short-lived duo phase in late 1977.

The apparent simplicity of the chorus (“I’m feeling higher/Than I ever I thought I could be/For you have shown me/That you are only here eternally”) is totally consistent with some of the less daring, more conventional lyrics Gene was writing around this time (e.g. ‘Little Mama’, ‘Backstage Pass’, etc.) but the verses feature MysticalGene® at his visionary best (“We will ascend/When we can bend/With space and time”). The hoped-for connection with otherworldly beings is a theme he would explore again on the legendary unreleased ‘Communication’, which will be featured higher up in this list.

Like ‘Train Leaves Here This Morning’, ‘Silver Raven’ would become a staple of Gene’s live repertoire right up until The Cinegrill. Striking imagery, haunting melody – this was a man at the height of his poetic and musical powers.  The ecological sentiments are more relevant now than ever before.

26. 'Polly' - Dillard and Clark - Through the Morning, Through the Night (Gene Clark)
No one wrote captured romantic despair like Gene.  Like Roy Orbison, he ennobled the lonely.

Wonder why he never played it live?

25 ‘I’ll Feel a Whole Lot Better’ - The Byrds - Mr. Tambourine Man (Gene Clark)
Gene’s signature song. First appeared as the latter part of the electrifying one-two punch that opened the Byrds debut album, received an ill-advised mid-career facelift on Firebyrd, and then gained new life – and a new audience – courtesy of Tom Petty on Full Moon Fever.
As noted by many, Gene’s use of the word “probably” was a masterstroke, and early evidence he knew full well that, when employed judiciously, a single word can radically alter the entire tenor of a song.

Gene Clark showed us the difference between a standard pop lyric and a bona fide classic.

Breathtaking examination of the conflicting impulses and wanton hypocrisy exhibited by anyone who has ever been in a romantic relationship.  Gene retired the song without ever recording a formal studio version of it (so far as we know). Reportedly featured on the legendary Glass House Tape, one hopes that it -- along with the transcendent ‘Communication’ -- will someday see release.

Written circa 1975 with brother Rick at Gene’s home on Middle Ridge Road in Albion, this song would inexplicably remain unreleased until roughly 12 years later where it became one of the twin monuments of So Rebellious a Lover (along with ‘Gypsy Rider’ of course).
According to Rick, the song is based on the life of notorious highwayman Joaquin Murrieta (1829-1853).  Rick takes up the story: “Gene, John Desko and I were in the kitchen flipping through a book about famous highwaymen from the early days of California. I can’t even remember what the title of the book was. Joaquin Murrieta was one of the most prominent highwaymen of those days. We had heard from other people that they believed the legend of Zorro was based on Murrieta's life.  He was believed to be "white blood and red blood" – hence the song. When we were finished leafing through the book, we pulled out our guitars and began what became ‘Del Gato’". 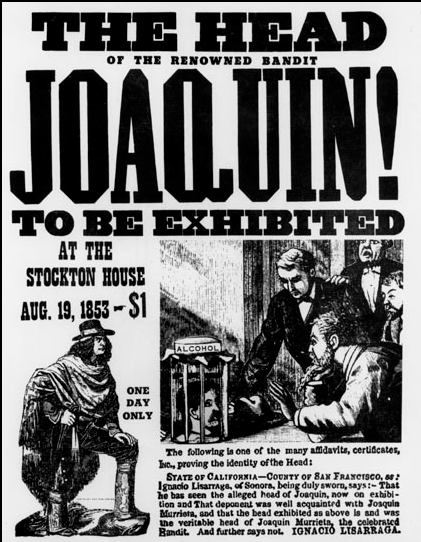 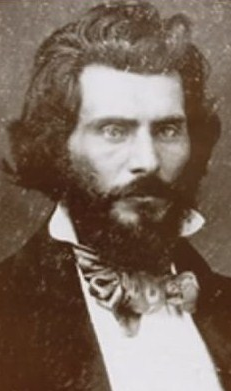 The painstaking care with which Gene chose his words is on full display here. Reportedly written during one of Gene's marathon all-night writing sessions, 'Set You Free This Time' features a detailed backstory in which the tables are turned on a callous girlfriend who had historically exercised complete emotional and sexual control over her partner.  He finally asserts himself, she receives her overdue comeuppance, and the full import of the title is revealed when Gene takes us out with a lonesome harmonica passage: this is no high-fiving moment of macho triumph; the narrator is sad at the prospect of losing her.

I know this is an unpopular opinion, but my main problem with White Light is that the much-ballyhooed starkness of Jesse Ed’s production – an element that seems so popular among critics and fans alike – leaves me a little cold.  There are practically no harmony vocals within earshot, and the backing musicians sound bored, like their parts were tossed off in an afternoon.  I’m not saying that Jesse Ed should’ve added choirs and strings, but some decorative sweetening would have helped its chances immensely.  Listen to the arrangement of ‘Spanish Guitar’ as played by the 3-piece Silverados.  Roger White’s tasteful harmony arrangements tease out charms that simply do not exist on the White Light version.  In spite of this, the album version still works.

With unforgettable images set to one of Gene’s most majestic melodies, ‘Spanish Guitar’ is pretty much as good as it gets.

Lesley said…
Once again you have mystified me with the order of your songs. Such high praise for Silver Raven yet you place it at #27? I'm intrigued more than ever to see your top 20!

One thing I did feel compelled to disagree with was your opinion that Gene's voice "hampered" Dark of my Moon. It is fairly clear that the song was written during one of the many rough patches that Gene had during his relationship with Terri Messina, and the biiter lyrics...possibly the most bitter of Gene's writings I've heard so far...are counterpointed by that rough edge in his voice. I don't hear so much tobacco as I hear the raw emotion of a man almost at his breaking point. It adds a final touch of realism and humanity to the song that I don't think could have been duplicated. We are hearing Gene and his emotions in real time. This might explain why only this rough demo exists and was never formally recorded. Just my 2 cents' worth! :)
28 September 2014 at 12:41

ziggi said…
Interesting but enjoyable song list and commentary. I guess no 2 people will ever agree on their top Gene Clark songs which is why he is so alluring a songwriter. For me however, Del Gato would be number 1 as I am totally infatuated with the song and lyrics and listen to it over and over. Love the list look forward to the next.
29 September 2014 at 20:50