Skip to main content
Posted by The Clarkophile September 15, 2014

Mendocino premiere of The Byrd Who Flew Alone

It seems fitting that The Byrd Who Flew Alone, Paul Kendall's extraordinary documentary about Gene Clark, would be screened in Mendocino, CA, since it was Clark's stomping ground during much of the 1970s.

The screening, which took place on September 13, 2014 at Hill House, was by all accounts a tremendous success, and featured performances from Kai Clark and others.

"It was a great day," says director Kendall. "The audience started spontaneously singing 'I Shall Be Released' at the end of the film. Kai did a lovely solo version of 'Silver Raven', at the start of the evening's music, and joined the band in a really kicking 'I'll Feel A Whole Lot Better'".

The next screening of The Byrd Who Flew Alone in California will take place on Thursday, September 18 at the South Pasadena Public Library.  Mr. Kendall will be attendance for a brief Q&A.

Special thanks to Paul Kendall for giving The Clarkophile permission to post these photos from the screening.
Top: Director Paul Kendall (left) with Kai Clark.
Bottom: Paul with Gene's brother Rick. 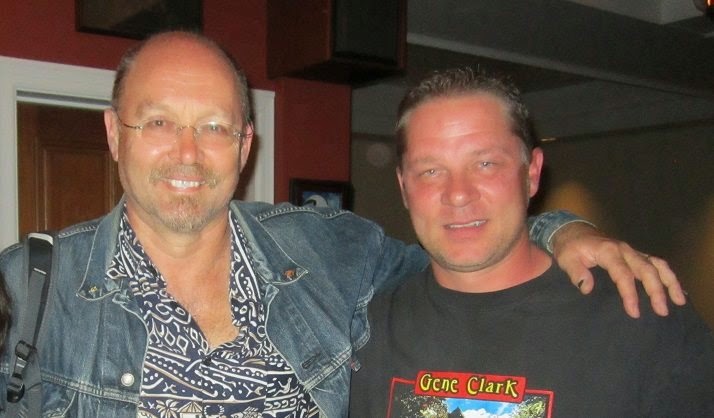 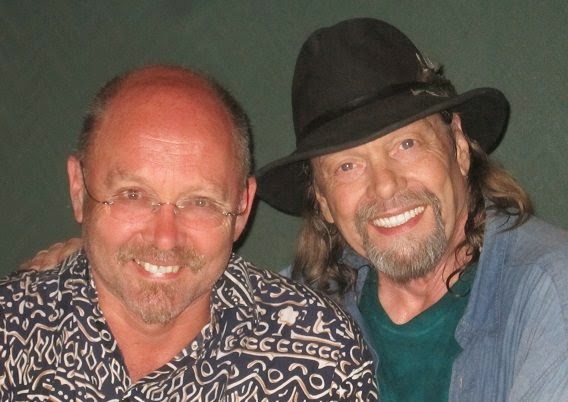 Brian Nash said…
Tom--I was there and it was indeed special. Couldn't stay for the music (6-hour roundtrip from Humboldt County) but got to meet Rick and talk briefly to Kai. It was indeed intimate and magical inside that small room.
17 September 2014 at 12:46

ClickClack said…
Sadly, last night at South Pasadena Library's Community Room, the screening was preceded by a concert that -- despite sincere good intentions -- was a borderline trainwreck. Paul Lacques (of I See Hawks In LA) was a no-show due to some sort of gardening accident. Gene's brother Rick was hampered by a sore throat and a leg injury. David Plenn felt compelled to play a lot of guitar leads using a bottleneck slide, which only demonstrated why some tasks are best left to those who do them well. The bass player and drummer might have played well, but the murky sound swallowed their efforts. And then there was Pat Robinson, who (a) arrived late and apparently intoxicated (with a bloody nose); (b) told rambling stories about Gene, much to his own amusement; (c) kept alluding to Rick being a troublemaker, with repeated references to throwing knives; and (d) sang off-key. As a bonus, he also screwed up the lyrics while singing lead on one of Gene's best known songs, "Feel A Whole Lot Better." Without a doubt, the sole highlight of this musical crime scene was Carla Olson, who showed everyone how a talented and professional musician performs even when faced with poor sound and an obvious lack of rehearsal. Her harmony vocals made everyone sound better. Seriously, if I sound harsh, suffice it to say the concert was so bad that my wife wanted to leave before the film was shown.
19 September 2014 at 15:48