Skip to main content
Posted by The Clarkophile May 23, 2015 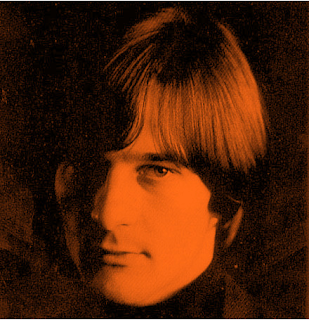 I'm no expert on the mysteries and meanings of subconscious thought, but it seems reasonable to assume that it was the announcement of the forthcoming Sierra Records release that triggered the reappearance of a dream I've had many times.

I began to have the dream sometime after reading Johnny Rogan's Timeless Flight Revisited some 15 or 16 years ago.  I was always fascinated by the list of Gene's unreleased songs at the back of the book, especially those published during my favoured Turtleneck & Suede Jacket Period™of 1965-1967. Some of the titles give away the romantic nature of the subject matter of these lost works ('Understand Me Too', "Can't Get You Off My Mind"); while others seemed to emerge from Gene's wordy and abstract Dylan period ('On Tenth Street', 'Bakersfield Train', 'Translations').

Production-wise, 'Echoes', the majestic orchestral opener from Gene's first solo record, always struck me as a bit of an anomaly.  With its strings, horn and flute, there is nothing else like it on any existing Gene Clark album. 'So You Say You Lost Your Baby', with its sweeping spook-psych string arrangement, comes close, but has none of the ethereal grace of its respective side-opening counterpart. I often wondered why Gene did not pursue this baroque-infused experiment.  I began to wonder if there could might possibly be, locked away in the vaults somewhere, more of this sort of thing.

The release of the Echoes compilation in 1991 was important for many reasons, not the least of which was the first appearance of the aborted 1967 single 'Only Colombe'/'The French Girl'.  Who could forget Sid Griffin's perfect description of its sound being "akin to Dylan singing in front of The Left Banke." Things like harpsichord, tinkling piano, hand bells and backwards guitar provided hints that Gene might have indeed attempted further 'Echoes'-styled recordings.

I first heard 'Back Street Mirror' on Raven's Byrd Parts release.  To discover that the track was originally designed to be a solo Clark track was both heartbreaking and exhilarating: I was furious to learn that Gene's vocal had been wiped and replaced with the tuneless warble of British actor David Hemmings; it seemed like some sort of cruel cosmic joke -- further evidence of the dreaded Clark Curse. I was, however, comforted with additional irrefutable evidence that 'Echoes' was not some stray one-off; there was at least one other song in this style.  So now that's four in all...which begged the question: what if Gene had recorded an entire Baroque-pop album?

Fast-forward to 2009, when I'm given the opportunity to hear the legendary Gene Clark Sings for You acetate.  Here lay more evidence to suggest that my dream of a Baroque-pop record was not all that far-fetched.  'Past My Door' featured an eerie Chamberlin passage that, fleshed out in a proper studio recording, may have transformed into a string section; the same with 'That's Alright By Me'.
'Down On The Pier' was graced by, of all things, a calliope. Granted, this is not an instrument that one would normally associate with Baroque music, but it falls outside the traditional guitar/bass/drums framework favoured by most rock musicians in the 1960's.  Moreover, its almost comic quaintness suggests a more refined, non-rock-based aesthetic had been envisioned for its conversion from demo to finished piece. It was around this time that the recurring dream began.

I watched my dream slip away

The dream was always the same:

I walk with great haste into a record store† and head directly for the Gene Clark section.  I'm looking for something in particular and I want to make sure I grab it before anyone else does. Thumbing quickly through the LPs, I find a sealed copy of Gene's 1967 Baroque pop album, entitled Translations. In the context of the dream, it is known to all and sundry that this was Gene's SMiLE -- a legendary work; a lost masterpiece designed to be his Grand Baroque-pop statement. And now here it is in my hands!
The cover is darkly shaded (somewhat like the one I've posted above) and filled with dark, autumnal colours (i.e. lots of brown suede).
I look at the back cover and it's got some of the songs we already know; songs that give us a sense of the overall sound he was going after ('Echoes', 'Back Street Mirror'), plus a bunch of the titles he published in '67 but which have never been released in any form -- including the mysterious title track.

And of course the dream ends before I can crack the plastic on it.


I Saw a Dream Come True

And so the forthcoming Sierra Records release promises to add yet another piece to my growing Gene Clark Baroque-pop album puzzle.  'Back Street Mirror', with Gene's vocal (once thought lost!) reclaiming its original spot, will figure prominently in my track list (probably as the leadoff track to the envisioned "Side 2" of the piece; I view 'Echoes' and 'Mirror' as towering twin side-openers.

Whether anything else included in the Sierra set fits into my dream lineup remains to be seen, but rest assured that, once compiled, I'll post the track lineup here.

The dream is not over.

†Usually modelled after the Mister Sound record store than used to be inside the Wellington Square Mall in London, Ontario; a store at which I shopped on a regular basis from the mid-'70s to the early '80s.
Email Post

Indigo Mariana said…
Being relatively new to the unknown gems of Gene's both real and imagined, I didn't understand the significance of the upcoming Sierra records release until I started reading your enthusiastic comments about them. Gene's Baroque pop period is my personal favorite as well. I love those songs and it's been a mystery to me why there was only one album of that kind. I can say now that when I listen to Hemmings "Backstreet Mirror" in anticipation of hearing Gene's vocal on that backing track, the release date of the Sierra album can't come quickly enough! Very exciting indeed!
25 May 2015 at 11:22

I realize my experiment with FROM A SILVER PHIAL kind of fits your genre dream
[this piece was begun wordlessly til I realized Gene's words would fit neatly, so...
took some T Melcher-esque liberties with the borrowing-adaptation]
26 May 2015 at 16:17

Anonymous said…
Tom, as always, thanks for another enjoyable read. By any chance, do you have any further updates regarding the upcoming Sierra Records Gene Clark release?
28 July 2015 at 13:24

The Clarkophile said…
Hi there,
I'll be posting updates very soon, along with an interview with John Delgatto about the release. Haven't had a chance to write further posts because of private matters, but hope to come back with a flurry of new posts as release date draws nearer.
Thanks for reading and leaving a message.
Tom

Yes these dreams are the sort you can wish for and Not worry they do come true. I,m sorry Tom but I,ve never shared your enthusiasm for Echos. I found it a good album track but as lead off single and solo opener , to deep and obscure to be a hit or make a mark . In the same vain though I found Back Street Mirror a lot stronger , could always imagine Gene singing it and maybe a surprise hit! But what do I know . I was always a big fan of Genes mid tempo , country influenced tracks but its a measure of the mans music that fans can find so many different things to enjoy with in his repertoire . I asked Sid Griffin in the late 90s if there where any demos of Gene playing with Clarence White from 67.'No Chance ! Thats the holy Grail' was the reply but a recent read of a post on The Adios Lounge suggests that Gene ,Clarence and the Gosdins did a lot more gigs than I thought if the posters to be believed , so you never know Dreams Really Do Come True....... and I'm not worried about what I wish for . Cheers Craig Herts Uk
29 July 2015 at 08:39

Smash Addams said…
Hey man, big fan of Gene Clark and your page, of course. Really digging the 'Lost Sessions' set! I put together my own idea for this album: https://lpredoreview.blogspot.dk/2017/01/gene-clark-translations-imagined-lp.html
9 January 2017 at 22:16