Skip to main content
Posted by The Clarkophile November 21, 2017

My Marie (part 3): Sorting the Versions 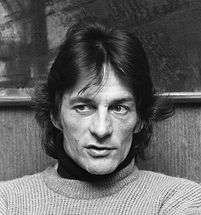 Note: If anyone is puzzled by the fact I'm lavishing so much attention upon 'My Marie,' allow me to explain. One of my many objectives in starting this blog back in 2008 was to draw attention to Gene's late period work (i.e. the 1980s up till his untimely passing in 1991).  In fact, I made a point of devoting my inaugural blog entry to 'Kathleen,' and my first Shindig! piece was devoted to the late stage of Gene's life and career.  Gene's late-period work also figured prominently in my top-50 favourites countdown from a few years ago.

I believe there is an unfortunate tendency, both among writers and fans, to give this material the short shrift.  The reasons for this oversight -- and my spirited refutation thereof -- could very well be the subject of a future entry, but I believe it boils down to the fact that many of Gene's towering latter day achievements -- 'My Marie' among them -- were not released during his lifetime, and those that eventually saw posthumous release exist only in the form of rough demos or unauthorized live recordings.

Out of respect for the Clark Estate I have decided that I will not delve into the many bootleg recordings out there, except to note that Gene would sometimes perform the full-length version of the song (with the "angry sons" verse and "one-way street" bridge). Extant recordings, both in terms of sound and performance, are of varying quality.

Amazingly, only two versions of the song have been released to date: one studio recording and one live performance.

1. Date/recording details unknown
When I spoke with Pat Robinson in 2009, a large portion of our conversation was devoted to 'My Marie.' During the course of that discussion he mentioned that at some point Gene recorded a proper studio version of the song with noted Doobie Brothers guitarist Jeff "Skunk" Baxter, who, on this occasion, played keyboards. Pat insisted that this version was "better" than any of the other versions heard thus far.

"We did it all in two takes," he said. "In the end [Gene] does a harmonica solo and it goes into a [sings] 'Mari-i-a' thing. Gene was very into the Bible. He knew details about it that a normal guy wouldn’t know.  He was known for that, just to add some religious/spiritual significance."

I have no idea who is in possession of the tapes of this recording.  It would be be great if it could be added to the 1990 recordings with John Arrias, and any other unreleased studio recordings from the 1980s up until Gene's death (e.g. the BUG demos). 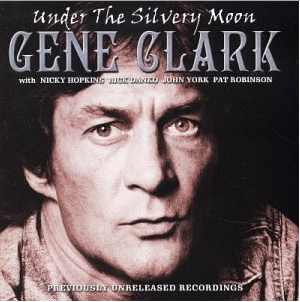 The team of Clark-Robinson (-York) penned many songs, of which 'My Marie' was clearly the crowning achievement. Sadly, the recordings undertaken during this time are nowhere near as distinguished as the composition itself.


Official Release:
Under the Silvery Moon (2003)

After the 2-CD version of Under the Silvery Moon was released without the permission of, and subsequently nixed by, the Clark Estate, the single CD version appeared, but with some changes.  I seem to recall Kai Clark mentioning at the time that he oversaw the reintroduction of the material the ensure that it was properly eq'd.  It sounds slightly punchier than the version on the 2-disc set, but it's a bit of a hollow victory because the source recording itself was such a mess in the first place.

The biggest problem here is the rather shortsighted insistence upon using '80s production techniques that did not age well (cheesy, rinky-dink keyboards and flaccid fake drums). In addition to this, the recording, like many of the tracks done with Pat Robinson, sounds tinny and harsh.  Sadly, Gene's vocal is not as strong as on other versions I've heard. He sounds a little short of breath, notes are not hit with conviction (the liberal use of echo, presumably used to cover up these things, instead serves to accentuate them).

On the plus side, this is the only officially released version the song that includes full lyrics. 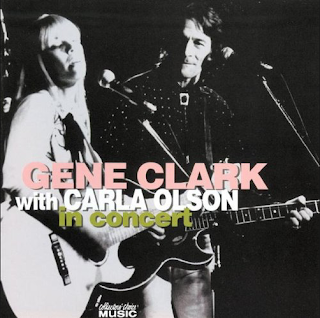 I've stated numerous times that Gene's October 1988 shows were uniformly brilliant.  The breathtaking performance of 'My Marie' at Mountain Stage shows him at his absolute best, in full command of his powers.  His singing, phrasing, delivery are faultless.  The passion in his voice makes this recording a moment of pure transcendence. Everything you need to know about Gene Clark is contained within this recording.

Doubtless due to time constraints, Gene performed an abbreviated version at Mountain Stage, which is a pity, as he was definitely inside every word he sang that day.

Sadly, the Collectors Choice double CD of In Concert (Mountain Stage paired with the previously released Silhouetted in Light, plus some living room demos) is long out-of-print.

It seems a sad fate for a collection that includes what is considered by Clark fans to be the definitive version of 'My Marie.'  Perhaps at some point we will see a comprehensive compilation of Gene's '80s material.


I saw you down in the underground
With a knight in tarnished armour
You looked a little harder,
But there was softness in your smile.

The magic spell you weaved so well
Still lives in me unbroken
My love for you unspoken
And it's been there for a while/all the while.

I can't believe it's really you, my Marie
Have you finally realized where you want to be
I've known for some time/all the time
Somewhere down the line,
You were meant to be with me, Marie.

The last I/I’ve heard your painted word
Lived with canvas dancers,
Who ask you for no answers
To the questions you deny.

I can’t believe it's really you, my Marie
Have you finally realized where you want to be
I've known for some time
Somewhere down the line
You were meant to be with me, Marie.

Your brush it swirls through worlds now lost
To wars of greed and passion
And to the few who/that do survive
There is no satisfaction.

The angry sons who pound the drums
Of dogma and religion
Know nothing of your vision
That true love never dies.

I've plundered through a fortune
Just to take a beggar's wages
As/While I try/I’ve tried to write the pages
Of the book of many lives.

I can't believe it's really you, my Marie
Have you finally realized where you want to be
I've known for some time
Somewhere down the line
You were meant to be with me, Marie.

So here we meet on a one-way street
In a/this village full of clutter
And you know that no one knows your plight
You know there is no other.

The mirror of the morning
Finds a poet half awakened
With/In a song that was mistaken,
And/In a dream still in his mind.

I can't believe it's really you, my Marie
Have you finally realized where you want to be
I've known for sometime
Somewhere down the line

You were meant to be with me, Marie.

Lyrics in italics not sung on Mountain Stage version but included on six-minute version on Under the Silvery Moon.
Email Post

meat tree said…
i have 2 or 3 live versions from 88-89 all beautifully sung and the lively club goers calm down very quickly for the haunting performances and are very appreciative at the end, clearly holding gene clark in high regard.
in one he says the song is around 2years old and in another it sounds like carla olsen's saying 'uh what shall i do here?'.
30 November 2017 at 09:27